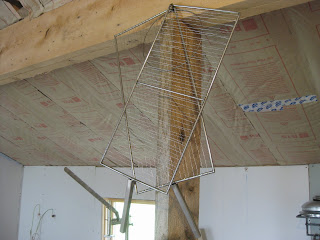 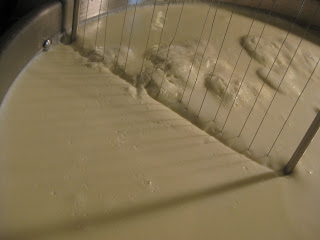 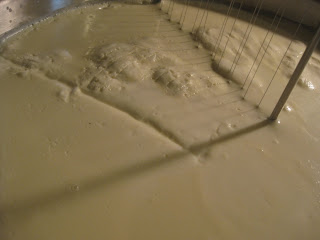 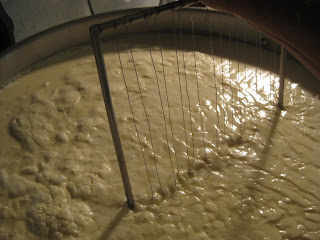 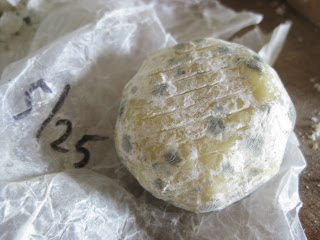 Here are two little goat cheeses I made a while ago. The one above was made one May 25. I am not sure about when I made the one below but I think it was around the same time. These were the last ones of these batches and, having sat around for almost 3 months, they have developed a wonderful and complex flavor. 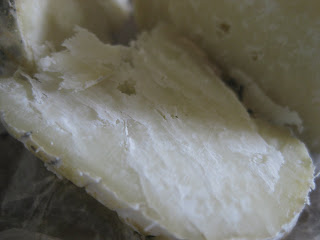 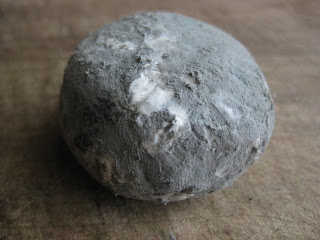 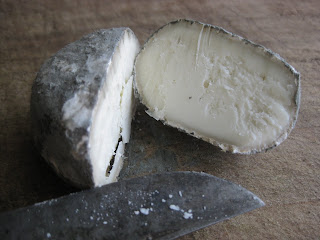 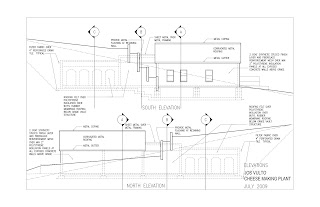 I have been working with an architect for a while on the design of a creamery. Here are the preliminary drawings. The plan is to build the entire structure out of concrete, partly dug into a hill. The aging cave is five feet below ground, which is approximately the frost line. This way a constant cool temperature and stable humidity is achieved. The ceilings of the cave are vaulted to promote airflow. It also prevents water from dripping on the cheese. Aging rooms often accumulate condensation on the ceiling. When the ceiling is flat, this drips on the cheeses. When the ceiling is vaulted, this water runs off along the ceiling and the walls. The vaulted ceiling also adds to the aesthetic appeal or the room. To avoid having to add any load bearing beams in the cave, I added some columns in the center. This allows me to partition the cave in the future if I decide I want two curing rooms with different climates. The ventilation system of the cave has to be worked out still.

The rooms in front of the cave are for drying and brining the cheeses. This part of the building is three quarters below ground. In one of these rooms I hope to install a walk in cooler in the future.

The making room will get a cheese making vat in the center. Around the walls sinks and draining tables are planned.

I haven’t worked out the heating system for the building yet. Although the winters are long and cold in upstate New York, by building the structure in a hill from thick concrete walls insulated from the outside, I hope the building will not require a lot of heating. A small central hydronic system fired by propane might do. I hope I can use the same system to heat the water for the cheese vat as well as other running water.

The plant has two septic systems as required by regulations. I will write about the septic systems in a separate post later. Being located in the New York City watershed adds an enormous amount of restrictions and regulations to these systems and makes building outside municipal systems often cost prohibitive. Whether this will be the case with my plans is to be seen. 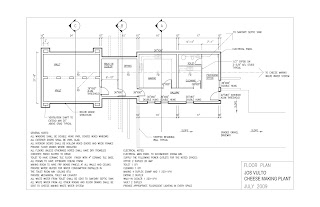 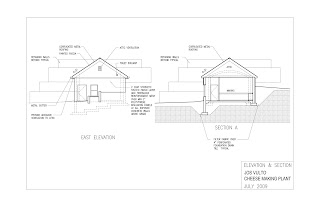 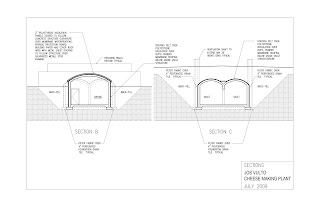 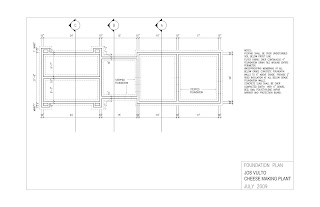 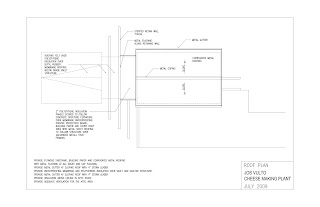 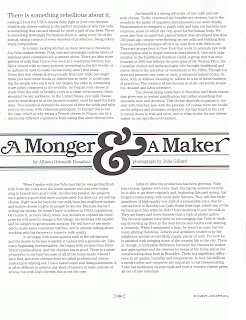 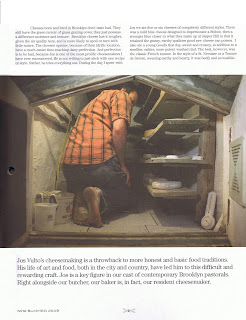