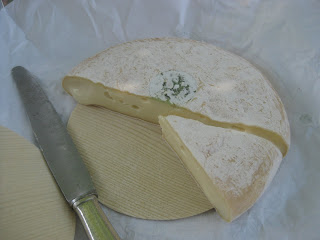 Today, when I was in my local cheese store in Brooklyn, my eye fell on a reblochon. I don't see this cheese often in cheese stores probably because most reblochons are made from raw milk and usually don't make it to 60 days. I asked whether it was a raw milk cheese, and indeed, this was the case. It was from Maitre Fromager Rolf Beeler from Switserland.
This reminded me of my visit this summer to Bertrand Perrillat, a reblochon maker from Grand Bonnard in the Haute Savoie.
Bertrand Perrillat makes wonderful cheeses in the traditional style twice a day from his herd of 24 milking cows. He doesn't have heifers neither calfs. The breeding is done by other farmers using the gene pool from the Perrillat's herd. His herd is a mix of Abondance, Montbelliard and Tarentaise.
As said, he makes cheese twice a day, after each milking. He doesn't have bulk tank. The culture for the cheese comes from the cooperation and is distributed among the members. He makes about 70 t0 80 wheels a day. His equipment is very rudimentary, a small stainless steel vat with a butane fueled burner to heat the curds. The vat looked to me to be about 100 gallon. It didn't have a draining valve.
After the draining and pressing Bertrand brines the cheeses for two hours after which they are dried. This is all done in the making room. When the rind has formed sufficiently, the cheeses move to the aging room where they are regularly washed with water until they are ready for sale. 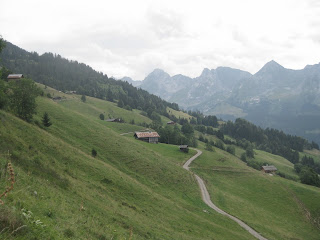 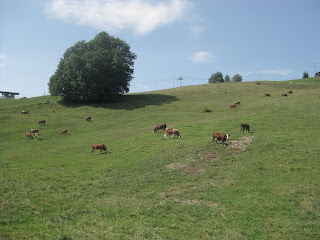 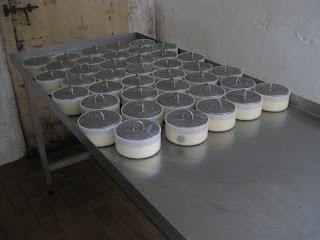 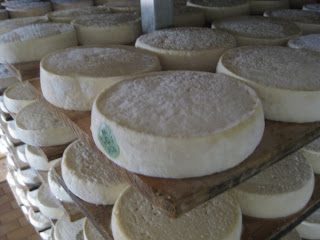 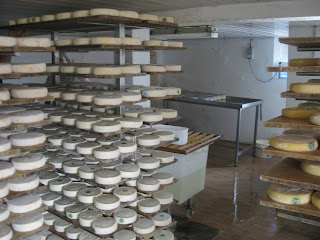 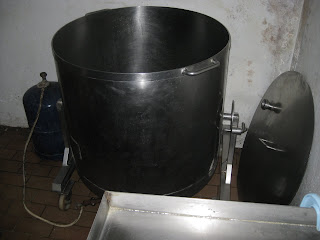 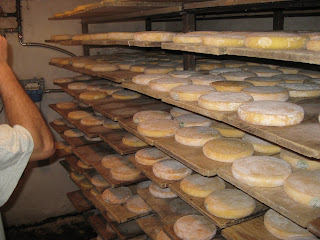 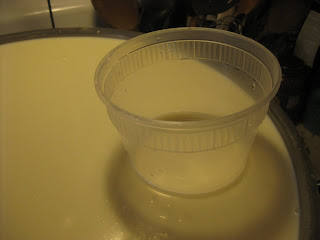 In a recent post I mentioned I had found a small farmer who produces high quality milk. I haven't had the milk tested yet, but I am convinced it has a very low somatic cell count. The farm has about 25 milking Jerseys, fed on grass and dry hay in the winter.
A few weeks ago I made an Alpine style cheese from this milk and I was amazed by the yield. The resulting wheel was much larger than the wheel from the same amount of milk from another Jersey farm. I had already noticed since switching milk that the curd sets much firmer. Amazing... 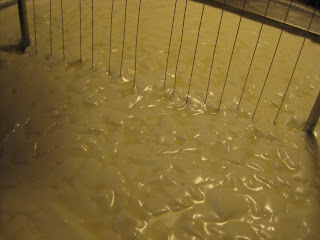 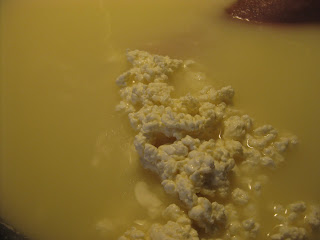 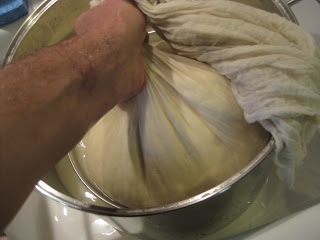 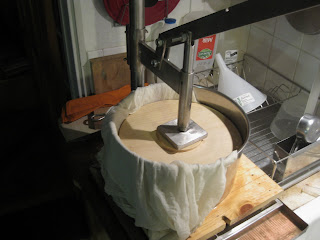 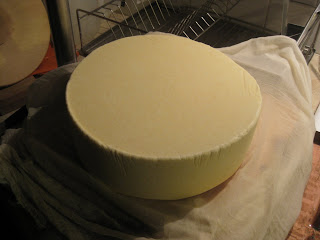 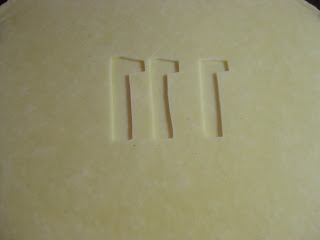 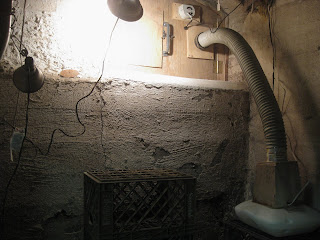 Since the cold weather here in Brooklyn, the temperature in the cave dropped down to 40 degrees Fahrenheit. I already had a little heater in the cave, but it wasn't adequate. I installed another little heater. This raised the temperature to the desired level but, although I have a tray with water sitting on the heaters, the humidity was negatively affected. The dry weather outside and the heat inside made the humidity drop to 70 %. To compensate I had to install something like a humidifier.
I don't know anything about humidifiers, but I guess, there is not much to know. All they have to do is put moisture into the air. I found a simple vaporizer humidifier the first store I went in.
Seeing it produce all that steam while testing it, I didn't want to put the unit directly into the cave being afraid of creating a sauna in there. So I hooked up a hose to the humidifier and lead this into the cave. This way the steam will have cooled before entering the cave. The humidifier runs on a timer, set at about half an hour on every two hours. We'll see how it goes. No doubt, some cheeses will like it better than others. 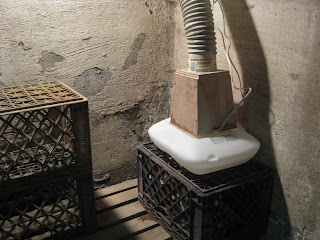 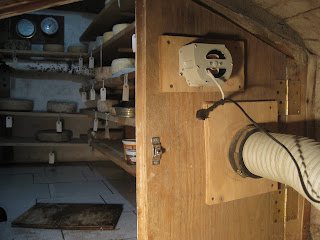 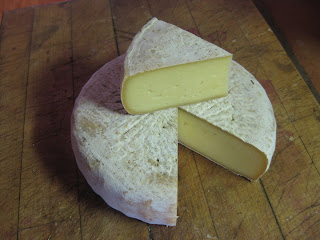 This cheese I made mid October from some Jersey milk. I washed the rind several times a week for about four weeks. I first used a brine for a week and after this I washed the cheeses with Marc de Borgougne for another three weeks. The white on the rind is a micrococci which appeared after I stopped the washing process. 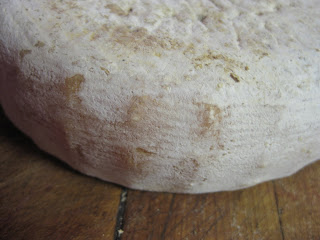 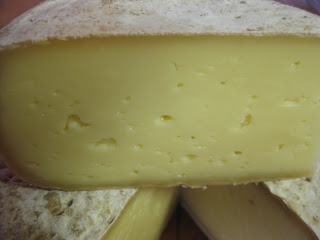