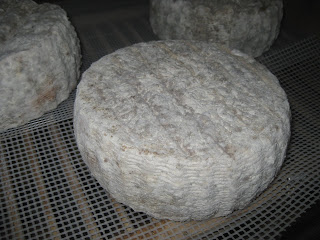 The title of this post stands for the batch numbers of these two cheeses. In cheese making, it is important to keep good notes in case something goes wrong but also in case things turn out well.
To keep track of my batches, I number them all and imprint the number into the cheeses. In this case, the numbers are hard to see. The imprint in the cheese above is overgrown with mould and the cheese below lost a lot of the imprint from washing the cheese. Nevertheless, I can still distinguish the numbers.
So far, things have turned out very well for these two batches. The upper cheeses (B175) were made June 28 in the style of a classic tomme (though I got distracted while heating the milk so the initial ripening temperature was a little high). The lower cheese (B173) I made a week earlier combining the procedure for tallegio and reblochon. Both cheeses were made from Jersey milk and are aging in the basement of our house in upstate New York.
The microflora in this cellar is very diverse as is evidence in the cheeses from B175. The basement was built in the beginning of the last century from natural stones which there are plenty of in Delaware County. It has a concrete floor with lots of cracks and and fresh dirt on it. There are plenty of cracks and air holes in the structure so ventilation a plenty. I think it closely resemblances a natural cave. The average temperature is about 58F and might be a little high but the relative humidity of 95+% is perfect.
I did not do any rind treatment on B175, the molds are a result of the natural habitation of the basement. I intend not to do anything to the rind, I'll let it grow naturally and will observe the stages of mold development.
The cheeses of B173 I washed with a light salt brine which is traditional for reblochon. Because I am not upstate all the time, this washing schedule won't be very regular. But so far the cheeses don't seem to suffer from it. They smell fantastic. 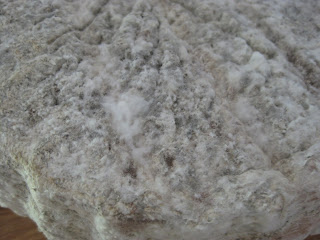 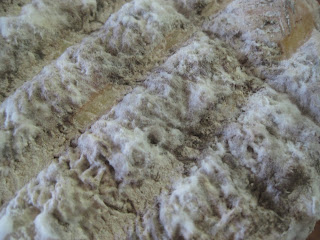 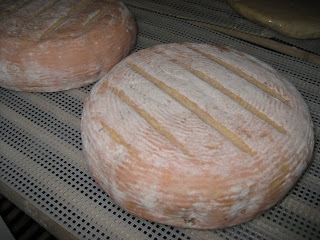 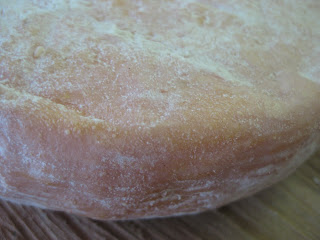